As the most loyal partner of mankind, dogs have won the favor of most people. When we saw a puppy with a broken body, the sympathy was born. In fact, we have seen a lot of news related to dogs, but every time we learn about new news, Xiaobian will continue to be touched. A puppy named Maggie unfortunately lost a leg in a car accident. Recently, with the help of the new owner, she got a 3D printed leg bracket to run healthy in the sun. 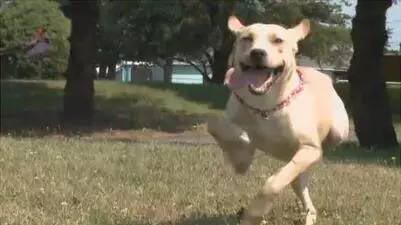 In August of this year, a woman named Nicole Thibeau found Maggie. From physical signs, it should have been hit by a car a few months ago. Thibeau tells her about the process of finding Maggie: "When it was discovered, its front leg bones had shattered, causing the hind legs to fail to move properly. The whole body was almost dragged on the ground. It can be seen that it is suffering enormously. ""
After seeing the veterinarian, the doctor said that one of Maggie's hind legs had to be amputated, and the front legs were also affected by nerve paralysis. After the operation, it was adopted by the Michael Beattie couple and was well cared for. 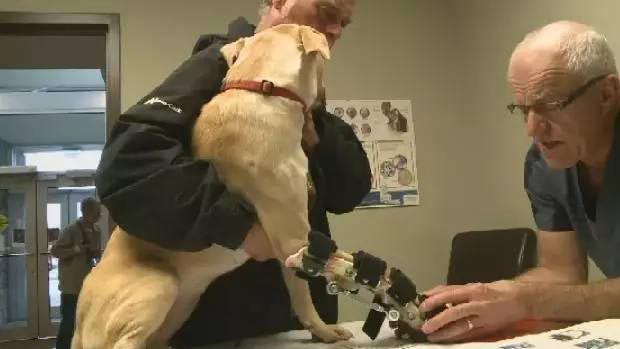 Like many of its kind, even if one leg is lost, Maggie adapts to a new life. It can still run, jump, and play. However, if one of the front legs is affected by nerve damage, excessive use of the injured leg may cause further damage to the other two legs. To prevent this from happening, Beattie, a veterinarian, brought it to Dr. Francis Arsenault, who said the best solution was to attach a bracket to Maggie's injured front leg.

A Colorado company used 3D scanning and printing technology to create such a custom leg bracket. The aligner is very light, so it does not affect Maggie's normal activities. After the initial adaptation phase, it can run and play without any worries.