Companies interested in SLA 3D printing may be startled to see the extreme difference in price between consumer desktop SLA printers and industrial 3D printers. Most desktop SLA equipment will set you back just a few thousand dollars, whereas industrial 3D printers usually cost upwards of $100,000, and in some cases even close to $1,000,000. The makers of the much cheaper desktop SLA printers often quote impressive resolution statistics, so where exactly is the value in a printer 100 times the price? The answer of course is that expensive industrial SLA printers have all kinds of advantages over desktop models, or put another way, desktop printers have numerous traits that make them unsuitable for industry. Let's look at the most crucial differences between desktop SLA and industrial SLA.

The first unsuitable trait of desktop printers is size. As you would expect from a piece of equipment termed "desktop", consumer SLA printers are not very large. As an example, Formlabs'popular Form2 desktop SLA printer can only print parts up to a maximum of 145 x 145 x 175 mm, and this is typical of the market. This may be enough for hobbyists but is far too restrictive for industry. Industrial 3D printers come in a wide variety of sizes depending on the specific needs of the buyer and can be gargantuan if necessary. Taking ProtoFab as an example, our best-selling SLA600 is capable of printing parts up to 600 x 600 x 400 mm, and our largest printer, the SLA 1100, can print parts more than a meter wide. This offers the kind of flexibility that manufacturers require, and desktop printers look like toys in comparison.

Only an industrial printer can produce a model this large

Having a large build size isn't just about printing large parts. The extra space in the printer can be filled with a whole batch of a smaller part, allowing for fast and highly scalable production. Printing production-level quantities of a part with a desktop printer would take an inordinate amount of time and is not viable.

Upside down or downside up? 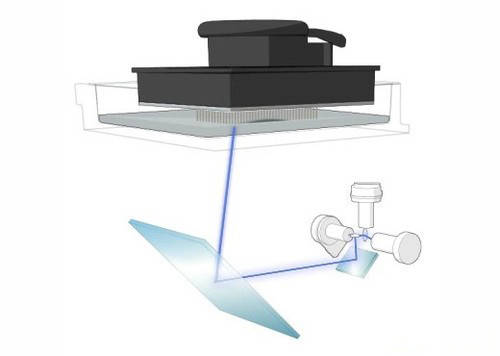 Printing orientation is a major difference between desktop and industrial SLA printers, and a difference that isn't always fully appreciated. Industrial printers aren't just big versions of desktop printers, they employ fundamentally different technology. Desktop printers use reverse orientation (the part emerges upside down out of the resin tray and is gradually pulled up), while industrial printers generally use traditional right-side-up orientation (the part emerges the correct way up from a deep resin tank with the resin level gradually dropping). The advantage of the inverted method is that a tall part can be produced from a shallow amount of resin. This allows for the most efficient use of a desktop printer's small size, and also requires less resin. In the traditional method, the resin tank has to be as deep as the part is tall, and the build area must be completely filled with resin. This makes printing small parts very inefficient, and means the machine has to be very large. It also means that each time you switch materials you have to drain the entire resin tank.

Right-way-up SLA. The build platform moves down after each layer

The downside to inverted SLA is that there are greater forces acting on the part during printing (due to gravity) which affects quality, necessitates much more support material and limits build size. This method also limits the types of resin that can be used, therefore limiting the mechanical properties of printed parts. Softer, more flexible materials will not stand up to the process due to the supports being too weak.

A further advantage of industrial printers is that they last much longer and require less maintenance. The resin tray of desktop printers will only last a few months before needing to be replaced, which is not only inconvenient but also affects performance. The internal components generally lack durability and will degrade over time, causing a reduction in quality and precision. In comparison, the resin tank in industrial printers is a fixed part and is not designed to be replaced. It should be able to last for the lifetime of the machine. All internal components are produced to incredibly fine tolerances using high-quality materials and should not suffer from anything like the wear and tear that desktop printers do. 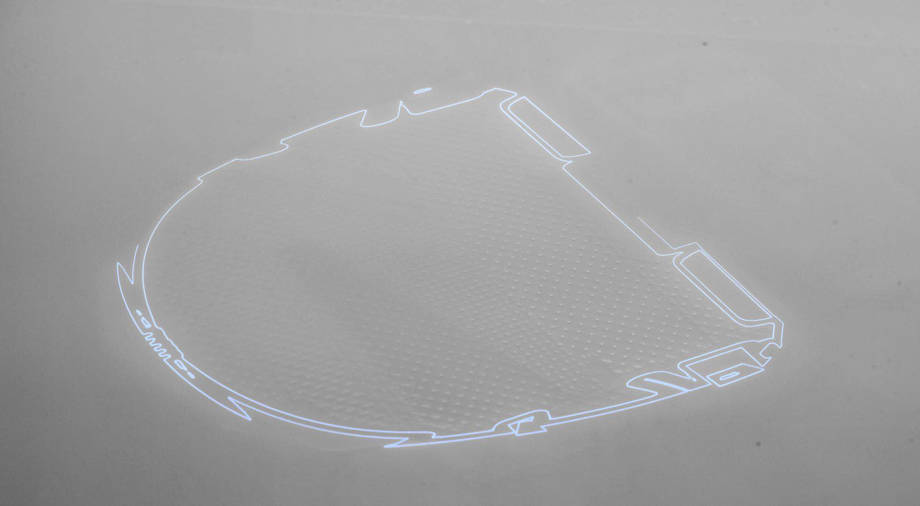 Industrial printers also hold a significant edge when it comes to the quality of the finish, although this may not always be clear when comparing some headline statistics. There are desktop SLA printers, including the Form2, that offer layer thicknesses as low as 0.025 mm. By comparison, ProtoFab's industrial SLA series supports layer thicknesses down to just 0.05 mm in high precision mode, and other leading industrial printers have similar figures. However, such tiny layer heights aren't always desirable, especially for the kind of large builds common in industry. In industrial prints a layer height of around 0.1 mm is standard, printing at 0.025 mm per layer would take an excessive amount of time for minimal gain in quality. The real advantage of industrial printers is in precision and tolerances. A good industrial printer can print the same part again and again and achieve the same result every single time without fail. This is why companies pay big bucks for the most expensive printers, they want equipment that is consistent and dependable. Desktop printers may sometimes offer strong resolution figures but they fall down on dependability. Print the same part multiple times and each one will be slightly different, especially if the machine is used extensively. This is fine for the majority of desktop users, but for industry it is completely unacceptable. Beam size is also generally smaller for industrial models, allowing for smaller features. The beam on the Form2 is 0.14 mm, which is very impressive for a desktop printer, but ProtoFab's SLA600 supports a 0.06 mm beam size where required, allowing for a tiny minimum feature size. Industrial printers also generally support significantly smaller wall thicknesses. 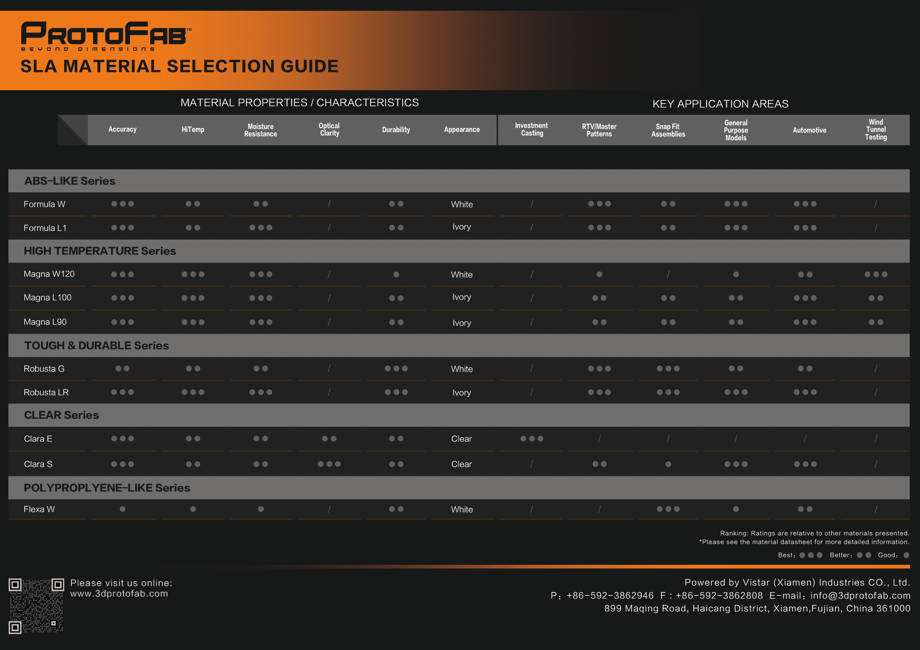 Another crucial advantage of industrial SLA printers is the range of materials that can be used. Taking the popular Form2 as an example again, users are limited to using Formlabs' own resin, which is very pricy (this is similar to the situation with inkjet printers, where manufacturers sell the device cheaply but make the money back on the ink cartridges). There is some degree of choice in the type of resin that can be used (clear, white, tough, flexible, etc.) but these are fairly minor variations and the materials used in desktop printers is generally not suitable for functional parts. Industrial SLA printers can be used with a much greater selection of materials, offering a wide range of mechanical properties. For example, industrial SLA printers can produce parts that perfectly mimic the properties of industrial-grade thermoplastics. Purchasing resin directly from the equipment manufacturer is often the most convenient solution (for example, ProtoFab sells a wide range of resins designed specifically for our equipment), but industrial SLA printers can be configured to work with all kinds of third-party resins if required. 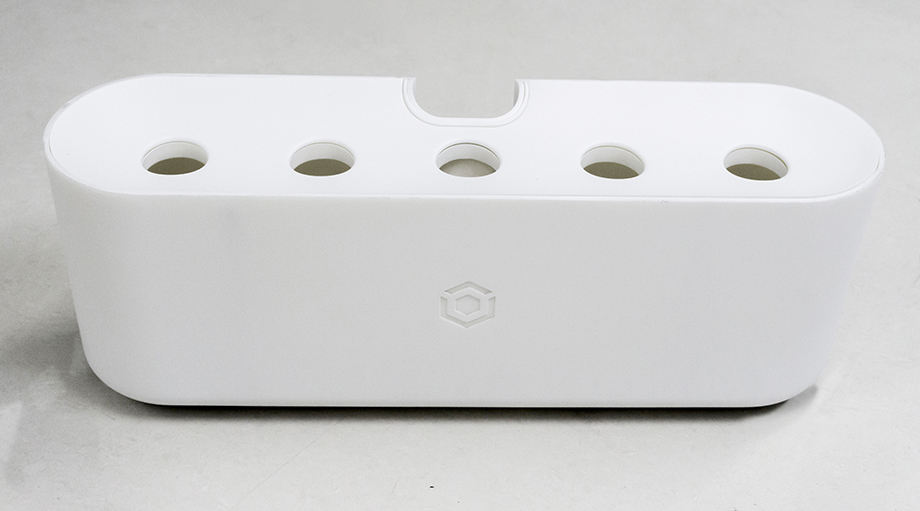 Speed is one of those statistics that is particularly difficult to pin down in SLA printing and can vary depending on all kinds of factors (resin type, part shape, layer height etc.). However, for a company using the printer to produce a reasonably high volume of parts, industrial SLA is will always be significantly faster. First of all, industrial SLA can achieve a far superior finish to desktop SLA, and so much less post-processing is required. This can represent a major time saving and will vastly cut lead times. With industrial SLA it is also possible to batch produce multiple parts in the same build chamber, which is far more efficient. As for actual print speed, on the whole desktop printers are a good bit slower when printing at a comparable level of detail. For example, the print speed of the Form2 is significantly slower than the 50 to 100 grams per hour offered by ProtoFab's SLA range. This speed advantage is mostly down to the SCANLAB galvanometer which is at the heart of each ProtoFab SLA printer. Quality optical systems like this cannot be found on budget desktop machines, hence the slower speeds. 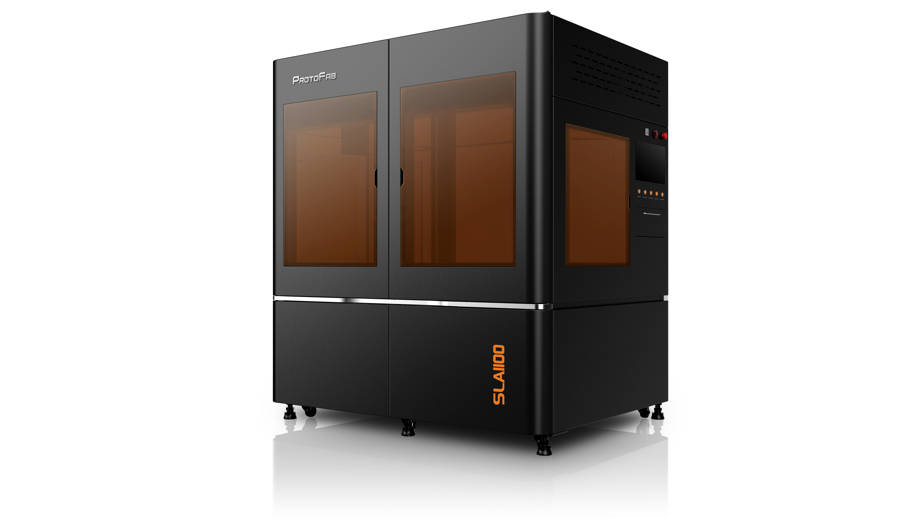 Try putting this on your desktop

However, it's not all good news for those buying an industrial SLA printer. Size and portability is one of the primary strengths of desktop printers, and one of the major drawbacks of their industrial counterparts. Many desktop SLA printers weigh not much more than 10 kg, making them easy to pick up and move around. If you need to move it to another room you can simply unplug it and move it, and once placed in its new location it will be ready to print again almost straight away. They can also be purchased online and delivered cheaply by a regular courier service. This contrasts with industrial printers which regularly weigh in excess of a ton and are not designed to be moved around. Once an industrial SLA printer is installed it is basically fixed in place, and moving it even the slightest bit will require a complete recalibration. The fixed nature of industrial machines is one of the reasons they can be so precise, but it can create a lot of inconvenience and additional expense when movement is required.

Simple and intuitive display on a desktop SLA printer.

Industrial printers also generally require a significant degree of training to be able to operate. You can't just read through the instructions and get started, the complexity of these machines shouldn’t be underestimated. An unskilled operator will not get the most out of the equipment and could even damage it beyond repair. Usually industrial printers are operated by experienced teams, with each member specializing in a specific area of the production process. This contrasts to the plug-and-play nature of desktop printers, which are designed to be able to be operated by an individual. Such machines usually come with user-friendly software and a high degree of automation to try to make the process as unintimidating as possible for ordinary consumers. Although SLA desktop printers are more complex than FDM desktop printers due to the use of resin, they are still highly accessible to non-experts and those with no prior 3D printing experience.

Of course, the biggest obstacle in the way of most people purchasing an industrial 3D printer is the price. Six figures are required for all but the smallest industrial models, and the largest and most advanced can cost close to one million dollars. As we discussed above, this is money well spent for many manufacturers, and often represents considerable savings over traditional manufacturing techniques.